April 22, 2018, came and went just like all other days. Becca didn't want to celebrate her 15th birthday. She wanted to do nothing and that was okay, it was her way of dealing with their birthday last year. From getting to know other Twinless Twins over the past year, we have learned that is okay and each year will be different. Over the year, she has continued to grow and come into her own.

After years, many years of braces, they finally came off. She had 2 rounds of braces beginning in 4th grade. She also decided to change her glasses in for contacts. 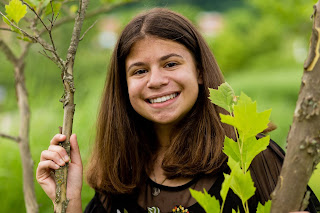 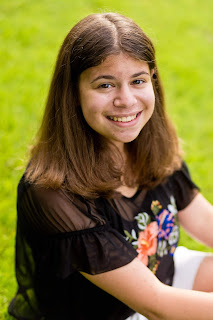 Music is still a passion for her. She is still playing the euphonium....this makes her 6 year playing. We have her elementary band teacher to thank for that and for telling her at the end of 4th grade beginning of 5th grade that if she continued to play she didn't have to practice! Obviously, it worked as she is still playing and still not practicing! 😌 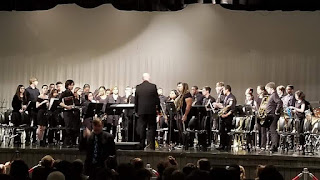 She has continued with Batya, learning, more learning, Shabbatons and continuing to figure out what she believes and where she belongs. Having fun while doing it all. 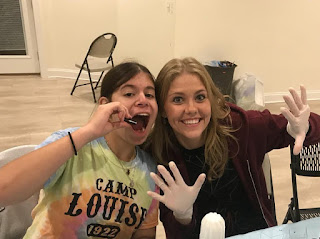 She continues to horseback ride at Full Moon Farm, AKA The Barn. As she has said many times, The Barn is one of her happy places. Over the last year, Becca started as a working student at The Barn.  Every Friday night, she goes from 4 - 7 pm, working with the horses and helping the instructors with lessons. This summer she also spent a week at The Barn, helping out with their summer camp. They do art projects, get extra horseback riding time along with just being outside in the "fresh" air; minus the horse smell. 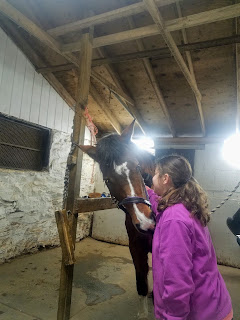 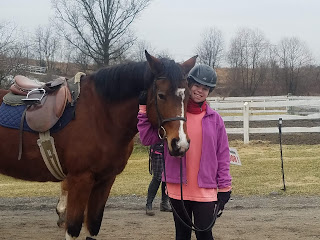 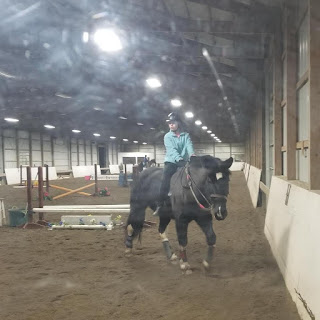 She also spent a few weeks volunteering at Goldsmith Early Education Center. She has done this for the past few summers and gained some skills and realized that she is good with kids.

Right before her 15th birthday, Becca, Brian, and I went to the Twinless Twins (TT) regional meeting. As I have shared in earlier posts, TT gave Becca something no one else could. Once a twin always a twin...a TT is never alone. So in July, Becca and I went to Ohio for the TT Conference. I watched her connect with others in a way I hadn't seen in years. She found her people, people who understood her, what it was like to lose her twin, a part of herself. She has gained more from TT in the past year, in many ways, it has helped her to step out of her comfort zone and begin to find herself. 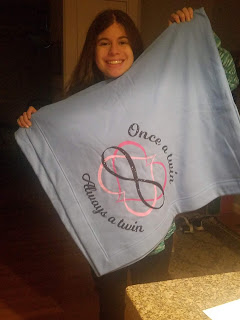 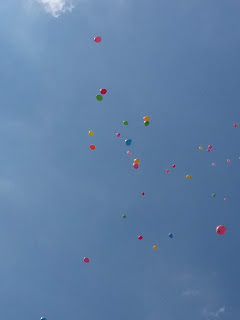 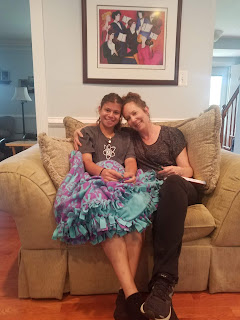 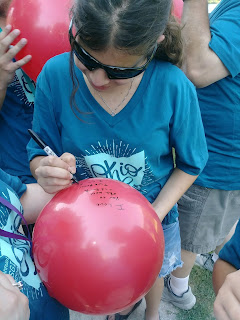 Summer 2018 was Becca's 5th summer at Camp Louise, her ST summer. This was one an amazing summer at camp for Becca. Rising 10th grades, enter the oldest unit at camp. They begin to get more responsibilities, get more freedon, and even take the lead on one of the camp programs. Becca came home and told us all about the program they led which was Philanthropyparty. Make sure to ask her about cream of mushroom soup! Becca was one a five girls to do the "Cascade" Challenge, we came to find out this is a 29-mile hike over two days. And yes, she had a choice to participate or not. Camp was another place she began to find herself and come into herself. Becca came home to a surprise. I had a blanket made for her out of Ian's blankets. She knew I was having it made but didn't know when it would be done... Summer of 2019, will be her CA summer and 6th summer. If she goes back Summer of 2020 it will be her CIT summer, which means she has to go all 7 weeks. We have already started to discuss what she will do... I know it will be a hard decision for her but many factors go into hers and our decision. 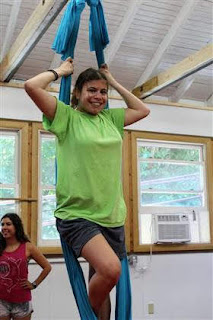 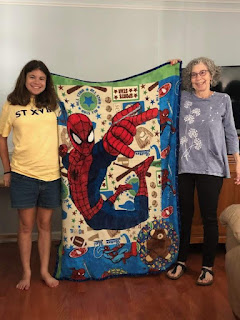 Freshman year of high school came to an end and sophomore year started. She decided to play Field Hockey in the fall. That was a shock to all of us, nonetheless, she did and worked through all the challenges that came with it. After the season was over, she decided high school sports are not for her and won't be playing another one. As music is one of her releases, she joined the Marching Band, as well as, the Jazz Band. It has been a long time since Franklin High School has had a Marching Band, so they played at home football games, but without the marching. (They worked on marching during the year.) The Franklin High School Football team made it to States, the band got o go...and yes Franklin High School Varsity Football became the Maryland 3A State Champions. Becca's not into Football much, but she did say it was an incredible experience. This year also brought a boyfriend. Sorry no photo of them. 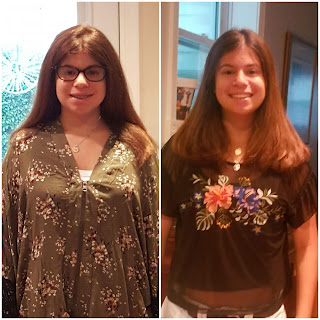 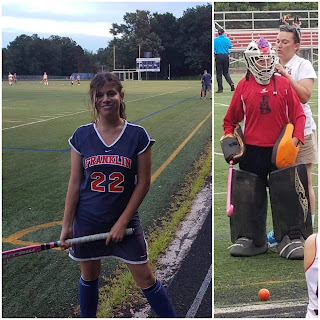 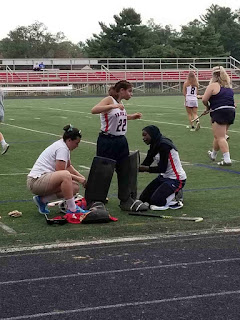 Girl Scouts is still a constant in our lives. Cookies, badges, journeys, camping, service projects, plus more. In 2017, Becca and her group completed their Silver Award. So in 2018, they had to complete a journey in order to meet the requirements to begin working on their Gold Award. "The Gold Award it the highest achievement with in the Girl Scouts of the USA, earned by Senior and Ambassador Girl Scouts. Becca is still in the process of deciding exactly what she is going to do for her project but is thinking with TT. She needs to figure out exactly what she wants to do, write a proposal, discuss it with the board of TT before submitting her proposal to Girl Scouts of Central Maryland. 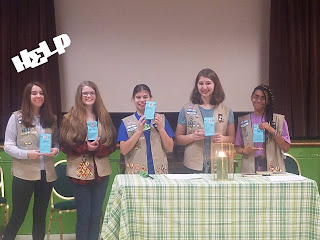 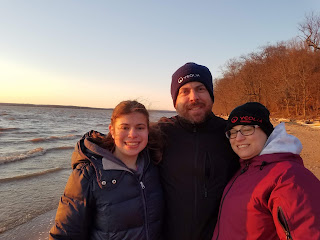 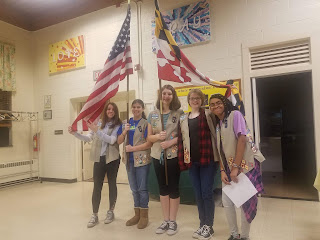 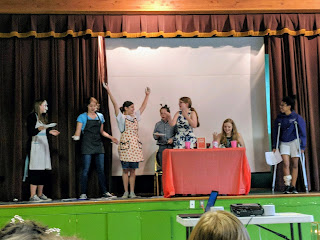 In Maryland, at 15 years and 9 months, one can get their Lerner's Permit. Winter Break, Becca took drivers ed, studied for her permit test and on February 11, 2018... Driving is going OK, we really haven't had her out much. Still working on parking lots, hoping to get her in them more often so we can get on the road soon. 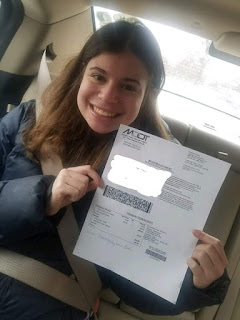 Becca has always been a good student. I really can't remember a time when she did not make honor roll. This year has been no different. On May 1st, she was inducted into the National Honor Society at Franklin High School. 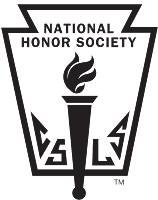 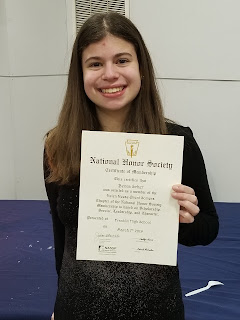 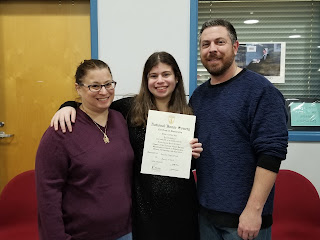 She has and is becoming a phenomenal young woman. Becca is an introvert, like her "relaxation time". Becca Jordan Scher is caring, compassionate and understanding towards others, courageous, loyal, observant, sweet, accepting responsibility for her actions, logical yet intuitive, empathetic, fun-loving, good-natured, helpful, idealistic, intelligent, knowledgeable, many-sided, mature (in some ways) yet immature (in other ways). She has realized what is important to her not concerned in some petty things. Becca is passionate, perceptive, peaceful, practical, realistic, respectful (most of the time), complex, beautiful, anxious, emotional, questioning (she likes to know why things happen, sometimes from a scientific perspective). She tends to be disorganized, at least to others, yet to her she usually knows where everything is... this is part of her dysgraphia and executive funtioning issues (she has been working hard on them this year and making progress), quiet (until she becomes comfortable with you, that's part of her introvetness), and surprising. She has been figuring out how to become more comfortable with herself. 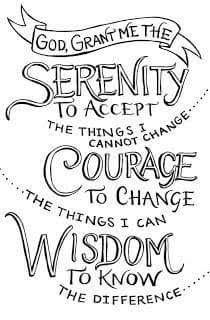 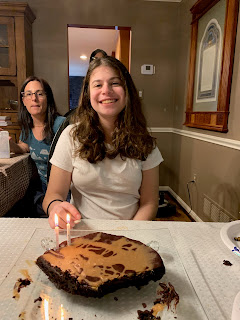 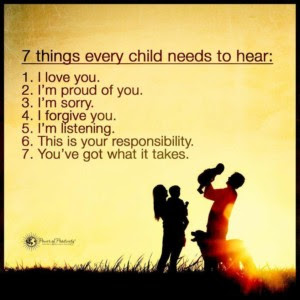 7 Things Every Child Needs to Hear 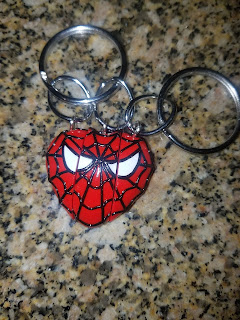 A Little Bit of Him With Each of Us